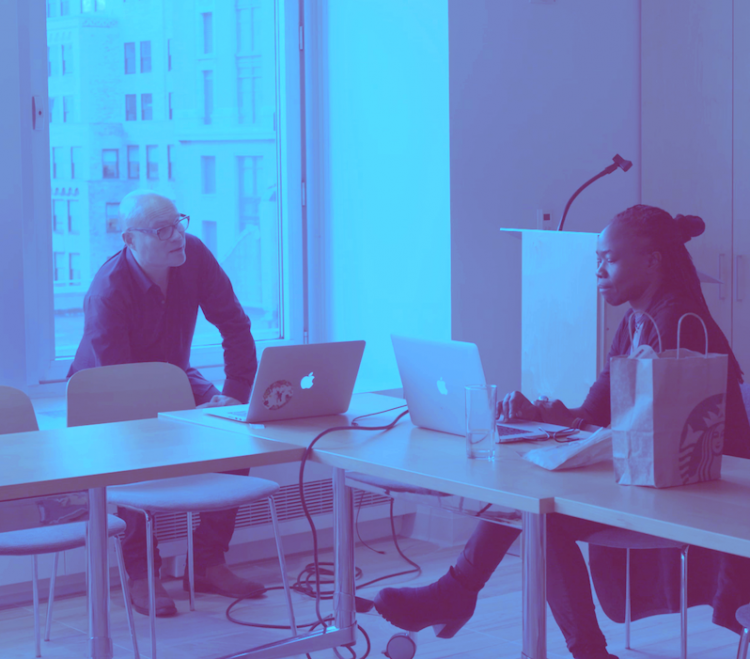 Onome Ekeh / Co-ounder / Creative Director Born and raised on both sides of the Atlantic, OE started out as a painter, gravitated towards design and fell in love with cinema. Somewhere in the collusion she went digital…  She has produced works for film, theater and radio and is the recipient of several fellowships including the Jerome Foundation, Kunstlerhaus Buchsenhausen, and the Greenwall Foundation. Her writings  have appeared in literary, film, and technology journals in the U.S. and Europe. As a dramaturge she has worked on projects such as Grisha Coleman’s Echo System, David Thomson’s Venus, Okwui Okpakwasili’s Bronx Gothic, as well as collaborated with artists such as Carl Hancock Rux, Knut Asdam, Annie Dorsen, Clarinda Mac Low, Paul Boocock and Malcolm Low. Her fiction and sound cinema works can be found at thememorexe.

Eventually transitioning into business development for a pioneering digital entertainment start up, his course has since been set as a producer of business and culture initiatives for a roster of international clients: building inroads between the realms of culture, science, technology and public diplomacy by integrating them with new media platforms and technologies. Clients include  the Consulate General of Switzerland to New York, Swiss Embassy D.C., Volta Art Fair, My Art Guides, Pen World Voices Festival, ETH Global, and Cambridge in America. Most recently he acted as producer on the critically acclaimed Robert Frank: Don’t Blink. LukasFitze.net